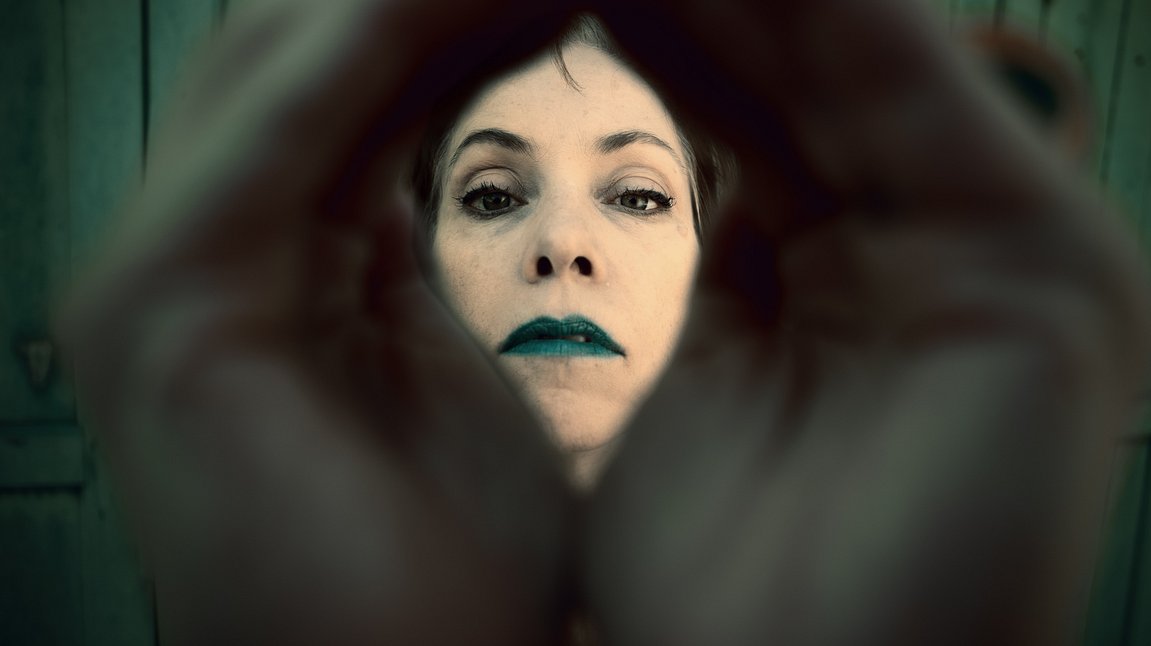 Time Spent Swimming - the 5th full-length release for this France-based Canadian songwriter - fuses organic instrumentation, samples, field recordings, physical synths as well as plug-ins plus vocal improvisation in a buoyant expansion of genres that could be described as electro-post-rock, or singer-songwriter art-pop. It doesn’t sound like anything you’ve heard before, yet there are hooks in almost every song.

“I believe in the interconnectivity of all things. It feels very natural to collide and combine elements”. she says. “I also believe you have to take risks in order to make art. You have to search your surroundings and your psyche, you have to think and feel deeply while you are searching, and you have to make mistakes, otherwise you don’t learn anything, and nobody grows.”

During the album-building process Martin worked remotely with acclaimed Toronto-based mixing engineer and producer Alex Gamble in weekly sessions for almost two years. Sonic exploration and sound manipulation were a perpetual part of the process. The substructure of the album is her exacting demos, which were deconstructed, re-recorded, methodically edited and arranged, and contributions were added from musicians in Toronto, Vancouver, Berlin and the US as they were gradually put back together again, sometimes leaving elements from the original demos (such as acoustic guitar) in the finished pieces. Martin’s long-time bassist, master improviser and sound researcher Doug Friesen can be heard on 10 of the 12 tracks. Electrifying hand-percussion by Cuban-born Toronto-based Chendy Léon is another key ingredient in the mix. The vocals are all Martin plus she plays guitars, organs, synths, musical saw, vibraphone, programmed drums and samples. There are also frogs. And birds.

The songs themselves were written over three years after she moved from Toronto (CAN) to France in order, in part, to be lonely. Martin wanted to explore loneliness as one of the cornerstones of the human condition. She believes “All art expresses aloneness in some form. Conversely the act of making art reveals an essential need for connection”. This dichotomy was the driving force behind this new collection of songs.

Time Spent Swimming was mixed and mastered using Dolby Atmos immersive sound technology. Gamble describes Dolby Atmos as “an immersive audio technology that projects music onto a three-dimensional soundstage, putting the listener inside of the music.” He says “Mixing Selina’s music in this format brought her sounds to life in a way that was never before possible. Instead of sounds only coming from left or right speakers, Atmos enabled us to make sounds appear to come from all directions in 3D space. Using Atmos, we created a spatial “choreography“ to the productions that is specially curated for this format. Using any set of headphones, anyone can hear Selina’s Atmos mixes on a mobile device streaming through Apple Music, Tidal, or Amazon. For a heightened experience, listen on Atmos-enabled smart speakers, sound bars, or a home theatre system.”

Selina Martin occasionally performs as a stage actor. One of the founding members of multi-disciplinary troupe Bald Ego Theatre, she also composed music and sang for the productions. Bob Wiseman (Blue Rodeo (CAN)), saw her on stage and invited her to tour across Canada, the US and in Germany, playing guitar, keyboard, accordion, tuned wine glasses, and singing. Martin then formed a band and began touring under her own name, collaborating and recording with many Canadian artists, as well as performing (guitar, keytar, voice, found objects) with Martin Tielli (Rheostatics (CAN)).

Martin was invited by Tom Holliston from internationally revered Canadian art-punk heroes Nomeansno to tour the EU in 2018. Eight subsequent tours together followed in Europe and in Canada.

Her third recording, Disaster Fantasies, is a fierce collection of original tunes that was independently released on CD and vinyl in Canada in 2010. It is described by music critics as "intelligent", "vivid", "brave", "masterful", "reckless" and "must-hear".

Her fourth recording, i've been picking caruso's brain; i think i have the information we need to make a new world received ecstatic reviews in Canada, Europe and the UK, calling it "genius," "beautiful," "provocative," "unique," "remarkable," "profound," and comparing it to Bjork, PJ Harvey, Kate Bush, and Talking Heads. NBT Radio in Cologne, Germany, rated it the best album of the year out of 200 finalists, and Starship Overflow Radio in the UK called it "Brilliant... Superb in every sense of the word".

Time Spent Swimming was released on November 25, 2022. It marks Martin’s first turn as producer, and with it she has created something simultaneously exacting and expansive. It is an effervescent album about solitude, separation and desire, and it’s a tangible representation of Martin’s view of art as necessarily evolutionary, inspirational, and inclusive.